What is the difference between a lithium ion battery and a lead-acid battery? Which is better? 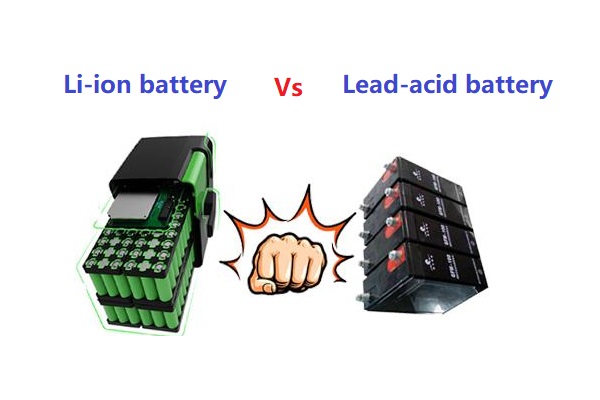 Lithium batteries are a type of batteries that use lithium metal or lithium alloy as the negative electrode material and use a non-aqueous electrolyte solution. In 1912, the lithium metal battery was first proposed and studied by Gilbert N. Lewis. In the 1970s, M. S. WhitTIngham proposed and began to study lithium-ion batteries.

Lithium batteries can be roughly divided into two categories: lithium metal batteries and lithium ion batteries. Lithium-ion batteries do not contain metallic lithium and are rechargeable.

3. the difference between lithium-ion batteries and lead-acid batteries

We know that the general comparison of energy storage products should be carried out from the perspectives of weight energy density, volume energy density, service life, price, and applicability: